MS Tour to Tanglewood....September 26 and 27....Team Little Guy will ride with some 2000 riders for two full days to raise much needed funds for MS. Join us!!!!!
http://www.nationalmssociety.org/chapters/NCC/fundraising-events/bike-ms/index.aspx
Posted by Bubba at 4:13 PM No comments: 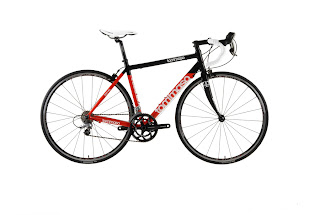 The whole thing started the day before in at 6:00am high in the Virginia Mountains at the peak of Grayson Highlands State Park. Team Little Guy…..www.teamlittleguy.com…. was there. Two teams: Eric “E-Man” Gelly & LTC Tom Heyden a two man team-----John “Bad Rad” Radebaugh, Ed “The Mechanic” Agnoli, Josh “The Rookie” Chavez and Jeff “The Great Communicator” Harden our 4 man team. It was dark….cold….5,300 feet up air filled with great anticipation….
6:00 am sharp….the gun goes off….the first rides were off…a four mile led strait down the mountain access road. Eric and I watch as Tom takes off like a bat out of hell….we quickly jump in my truck to drive on through these mountain passes headed off to the 1st stage….28 mountain miles away.
My role on this 208 mile gig is wheel man….motivator….navigator….equipment handler…..overall support guy.
28 miles later E-Man and I are off on the side of the road in a very remote area. We talk of LTC Tom Heyden. Tom works at a Credit Union in Winston-Salem. He is a married…a great Dad….Husband….Patriot…..and loyal TLG member.
Tom, who serves as an Army Lieutenant Colonel in the Reserves, is being called up to a tour in Iraq. He is shipping out with his unit for a 400 day tour at the end of September. He is excited about this years’ ride as he understands that he will miss the 2010 version. He will be serving his country. I am very proud to be driving and supporting Tom.
The 1st 50 miles ends somewhere in the mountains of NC. Tom comes flying in and E-Man quickly departs. Tom has a smile on his face…he has ridden hard. He knows that E-Man will ride like a wild man.
Monday, July 27, 2009----I ordered the bike on-line. I have never done that before. Ok….I’ve ordered shoes, shirts, a jacket or two…….but never a bike. A Tommaso Velocita with Shimano Dura-Ace component package. This unit was built for me in Colorado. This is scary stuff…..

1986…..the last time in my recollection that I hauled ass on two wheels…..1952….I killed them on my tricycle….
In 86, I rode with Tony “Turbo” Benthin in Minnesota. We rode as a team in the, “Border-To-Border” triathlon. This rascal stated on the Iowa/Minnesota border and ended 4 days later in Canada. We kicked it during those four days. Eric, long before he rose to E-Man status was there----he supported Turbo and moi.
We were basically good runners who quickly learned to bike & canoe. We purchased relatively inexpensive Peugeot road bikes and pedaled our assess off. That beast was 530 miles. We finished 7th overall. We gave it our all. Eric was there.
Monday, August 03, 2009---3:00pm…Fedex will deliver my bike to my house today. I will not see it. I am in California. Lulu will sign for it and smile a silly smile because she understands what this means…..the ole road warrior rides again……Eric will come over to the house to unpack the bike….set it up…..and quickly test the set up…..he take a pic or two to tantalize me. He will smile as he gingerly handles my new ride.

Asheville, NC ……brunch is over. E-Man and Bad Rad look at me. E-Man reminds me that Tom will not be his partner in the 2010 Black & Blue. I acknowledged that Tom would be serving us all at that time. I then looked into his eyes and quickly understood what was coming down the road…so to speak.
It was 11:30am on that Sunday morning, too early to order a stiff drink with brunch in NC.
I sat for a long second and looked at them both. Damm if they weren’t serious! I suggested that in 1986 a much younger frame hauled ass across Minnesota. I also suggested that Tom & E-Man finished as the very 1st “two-person” team in the race. I couldn’t remember seeing a, “Father/Son” category.
E-Man smiled. He looked right into my ole eyes and said, “It’s you & me Pops in 2010!”
Now do understand that since those words were spoken President Obama would be very pleased on how I have stimulated certain segments of the economy. I think I will send him a picture of me & my new bike!

A new chapter is about to begin. I will train hard…I will ride hard….I will ride with Tom Heyden in my heart….I will do my utmost for E-Man and the rest of the Team Little Guy gaggle.

I will make dust….and spit out what little may come my way.

Ride on my brothers & sisters……stay tuned.